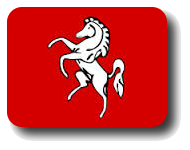 The aim of the Union is to develop and encourage fencing and to promote and conduct amateur fencing championships within the Administrative County of Kent, the Medway Towns Authority and the London Boroughs of Bexley, Bromley, Greenwich and Lewisham.
Membership shall be open to clubs and schools within the area which are affiliated to the British Fencing Association and to individuals resident within the area.

Fencing is the sport of fighting with swords.  The most common version of fencing today also called olympic fencing or competitive fencing is divided into three weapon categories: foil sabre and épée.  Classical fencing uses the same three weapons but approaches fencing as a martial art. Competitive fencing is one of five sports which has been featured at every one of the modern Olympic Games the other four being Athletics Cycling Swimming and Gymnastics.